Condolence and Commemoration: A Daughter’s Song 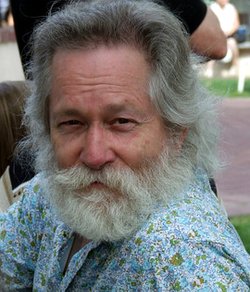 Ronald L. Grimes is a co-editor of the Oxford Ritual Studies Series and the author of several books on ritual, most recentlyThe Craft of Ritual Studies (Oxford University Press, 2014). He resides in Waterloo, Ontario, where he is Director of Ritual Studies International and Professor Emeritus of Religion and Culture at Wilfrid Laurier University. Recently, he has held the following positions: Visiting Professor of Religious Studies at Charles University, Prague in the Czech Republic; Senior Researcher and Senior Lecturer at Yale University; and Chair of Ritual Studies at Radboud University Nijmegen in the Netherlands. His CV is available at http://ronaldlgrimes.twohornedbull.ca/ and his videos may be viewed at https://vimeo.com/ronaldlgrimes/albums.

A Daughter’s Song is a short film about a Condolence Ceremony enacted in Montreal, Canada, in 2014 by Mohawks and artists, Jews and Muslims. The event challenges popular and scholarly assumptions about ritual, for instance, that it is primarily backward-looking or that it consolidates an in-group against an out-group. The Mohawk Condolence Ceremony, which provides the central gestures of this memorial, is not only traditional but also forward-looking; it constructs bridges across chasms dividing groups. Effective memorials are as much about re-framing the present and envisioning the future as they are about remembering the past. Participants in commemorative rites are not typically recollecting events they once experienced. Rather, they are imagining retrospectively. A Daughter’s Song helps viewers understand how and why.